It was great, we went to Devizes to see the Caen Hill Flight and it seemed fairly quiet considering its the height of the season. We parked the car in the BW car park and paid the princely sum of one pound for the privilege. Never mind we had a great day and we helped someone through one of the locks which was proving a little difficult. The tail gates wouldn't open despite the pressure applied by four strong blokes, (me being the whimp of the four) and yes before you ask, the lock was as empty as it could be. Eventually we got it open but not before Muggins went down flat on his bum in front of a crowd of other gongoozelers who were trying their hardest not to chuckle loudly. OK, it didn't hurt a bit, but I felt the need to lubricate the joints, so it was off to the Black Horse for lunch, and it was good food, good ale and good value too. I had a bacon, brie and cranberry baguette, and Lin had a round of cheese and onion sandwiches, rounded off with a pint of 6X. It was delicious. 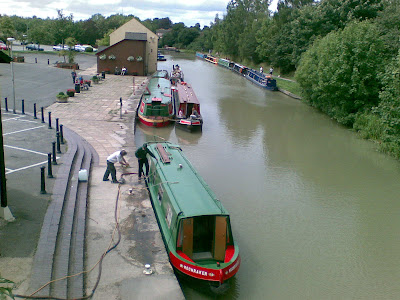 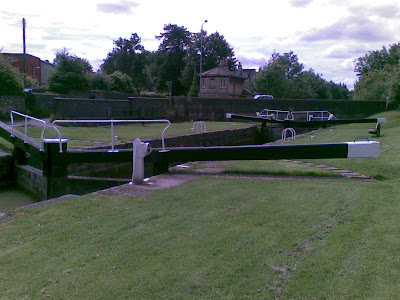 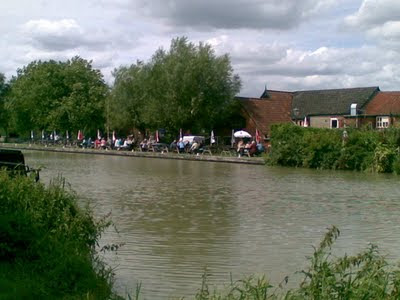 Posted by ketro at 19:55 No comments: Links to this post 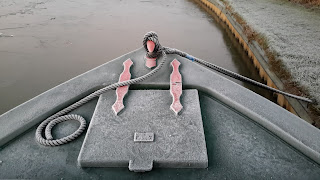 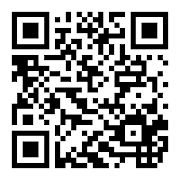